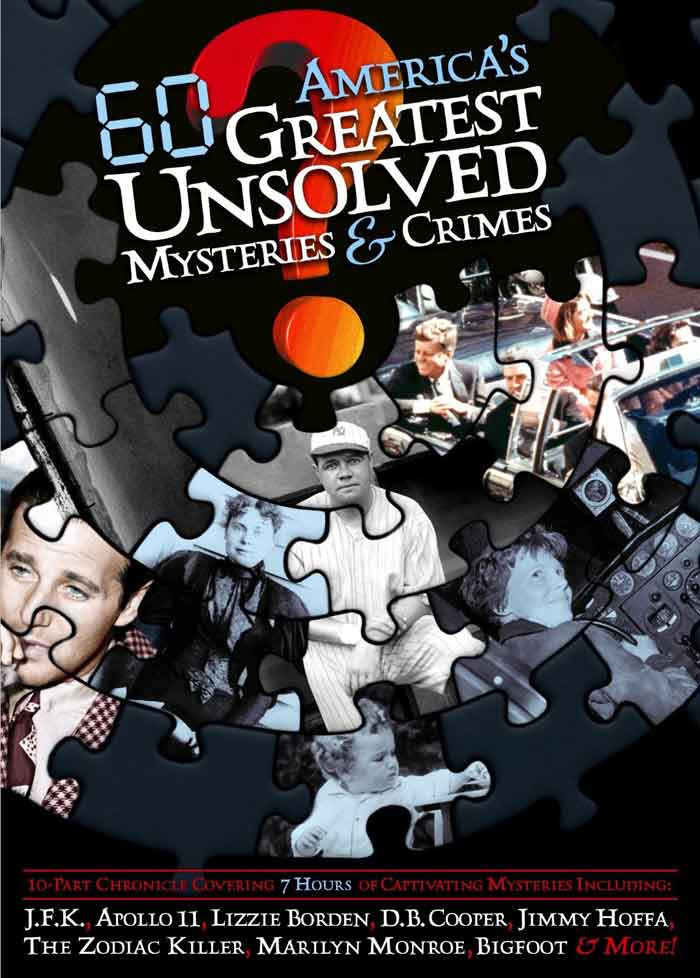 [Video is no longer available]

This video (which is set to start at the point of the Zodiac Killer segment) is part of a ten-part documentary series from 2010 which attempted to delve into America’s top 60 unsolved mysteries.

From the introduction of the show:

America has been plagued with unspeakable crimes and unexplained phenomena that have captured nationwide attention and intrigue, demanding answers and retribution. However, many of these mysteries never get explained. Mysteries, to this day, that are still thwarting the best efforts of countless law enforcement and investigative teams. Serial killers never identified. Treasures lost. Murderers never caught. And conspiracy upon conspiracy spinning into tangled webs of inconclusive evidence and unresolved truths. This compelling documentary series presents a countdown of America’s 60 most notorious unsolved mysteries and crimes in a dramatic compilation revealing these unanswered questions in ten fascinating episodes.

Every time I here the creators of an artistic endeavor describe their creation in flattering terms (e.g. “This compelling documentary…ten fascinating episodes”), I think to myself: “I’ll be the judge of that.” But, I digress.

The case of the Zodiac Killer comes in at number four. The three mysteries ahead of it are:

Overall, coming in fourth on a list of America’s all-time unsolved mysteries is a pretty respectable placement. I can understand being outranked by the JonBenet murder mystery. That case (a) is legitimately fascinating, (b) happened at a time when national news coverage of such stories was more prominent than the time of the Zodiac, and (c) was simply more recent.

I have a harder time understanding the ranking of the Rosewell mystery. Perhaps the producers just had a soft spot for UFOs.

The JFK assassination has had an undeniable impact on our society. Yet, in the decades since it happened, the tragedy seems to have become less of a mystery. The evidence which supports the idea of Kennedy being murdered as part of a larger conspiracy has become less and less compelling as time has passed and more people have looked into the question. I’m sure some will disagree, but that’s my take.

As with most treatments of the Zodiac Killer, there are a few inaccuracies. A bit surprisingly, some of the dates are wrong. The Lake Herman Road murders were December 20, 1968, not December 28th. The Lake Berryessa attack was September 27th, 1969, not the 29th, and the narrator calls the lake “Napa Valley Lake.” They did manage to get the date of Paul Stine’s murder correct. Apart from the dates, there are some other things here and there, but nothing too bad.

This is a good segment and you’ll probably like it, especially if you’re truly interested in the Zodiac (which I’m suspecting you are since you’re reading these words). Sure, it’s got some inaccuracies and there are no earth-shattering revelations, but it’s a reasonably well-done production, consisting of a decent summary and a few different people articulating some commonly-held beliefs.

What do you think of the segment? Leave a comment below.